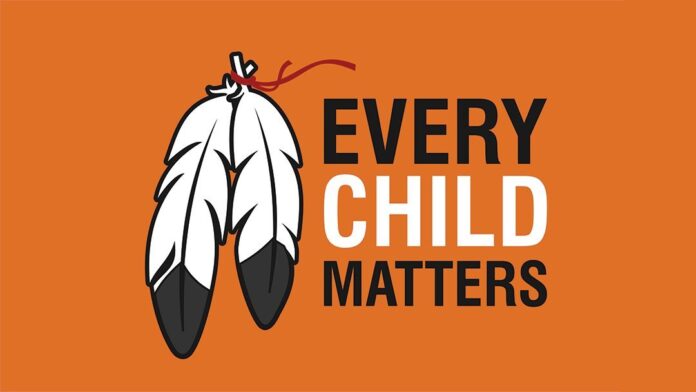 For the month of September, the ‘Every Child Matters’ flag has been raised at all Region of Peel buildings as a visual symbol of support to Indigenous communities everywhere and to acknowledge the atrocities they have faced from the Residential School system.

The Region of Peel has a duty and responsibility to act and advance truth and reconciliation and is invested in making transformative changes to the way it engages with diverse community groups. Key actions have been identified that will lay a solid foundation to build and support meaningful engagement with Indigenous communities. The Region will be developing a Truth and Reconciliation Action Plan which includes targeted consultations with racialized and marginalized community groups. Indigenous communities in Peel have been identified as a priority group for consultation. Beginning this fall, the Region will be working with Indigenous leaders in the community to help guide this process.

The Region of Peel is also taking action to educate employees about the history of Indigenous people and provide training to help build capacity to practice inclusion as a core competency.

September has become a time to think about our country’s collective role in addressing the systemic and historical injustices perpetrated on Indigenous people in Canada. Raising this flag in Peel Region is an important gesture. We have a number of other initiatives planned to acknowledge Truth and Reconciliation, including a virtual event for our employees on September 29th, entitled The Time is Now. We want Peel residents to have an opportunity this month to reflect and take action.”

The post The Region of Peel to Raise ‘Every Child Matters’ Flag and Advancing Truth and Reconciliation appeared first on Just Sayin' Caledon.