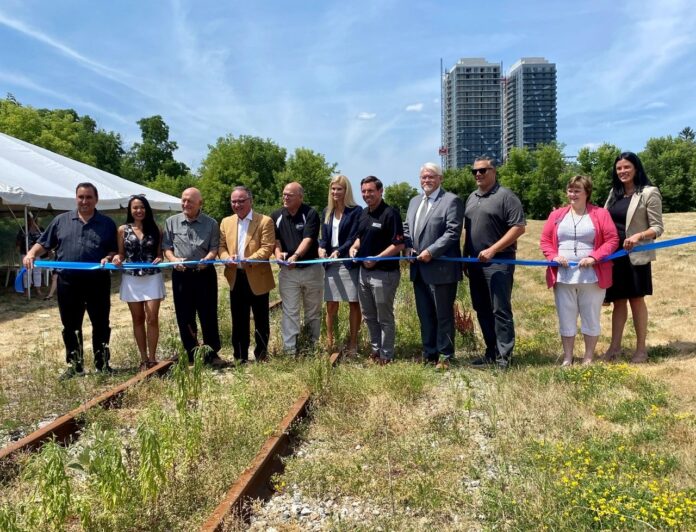 The Region of Peel, City of Brampton, Town of Caledon and City of Mississauga have finalized the acquisition of approximately 51km of the former Orangeville Brampton Railway corridor which run from the Caledon-Orangeville boundary to just north of Streetsville.

The lands were purchased at a cost of $5.8 million, funded from the Region’s Greenlands Securement Program, and have largely been transferred to the local municipalities, who will manage the multi-year process of developing the future of the lands, from design to construction and ongoing maintenance.

The acquisition is an excellent example of partnership between the Region and local municipalities, which will benefit the health and wellness of the community, support local business and become a significant regional tourism asset. It also provides a protected corridor for future utility needs.

In addition, the lands offer the opportunity to secure a strategic north-south connection of the Trans Canada Trail System.

Caledon is a well-known trail community and the first community in Canada to feature a pavilion on the Trans Canada Trailway. Our trailways are the natural linkages that bind our vast rural and small urban communities together. This acquisition is especially important because it gives the Town the opportunity to create a new north-south recreation trail that will travel through Caledon’s breathtaking scenic areas at the edge of the Niagara Escarpment. I look forward to the many benefits it will bring including the opportunity to use the trailway corridor for the continued expansion of rural services like broadband infrastructure” said Town of Caledon Mayor Allan Thompson

Dignitaries from each of the municipal partners were in attendance at a ribbon cutting ceremony hosted by the Region to commemorate the acquisition.

This is an exciting day for The Town of Orangeville, the Region of Peel and all of those who support Active Transportation. The Town of Orangeville knows this valuable piece of infrastructure will be in good hands with our Region of Peel partners. Many thanks to the municipal staff, advisors and Councillors who were involved in this process. We need to call upon our provincial and federal governments to help us turn this asset into a world class tourism asset” said Orangeville Mayor Sandy Brown