Caledon Realtor Giving Back to His Community 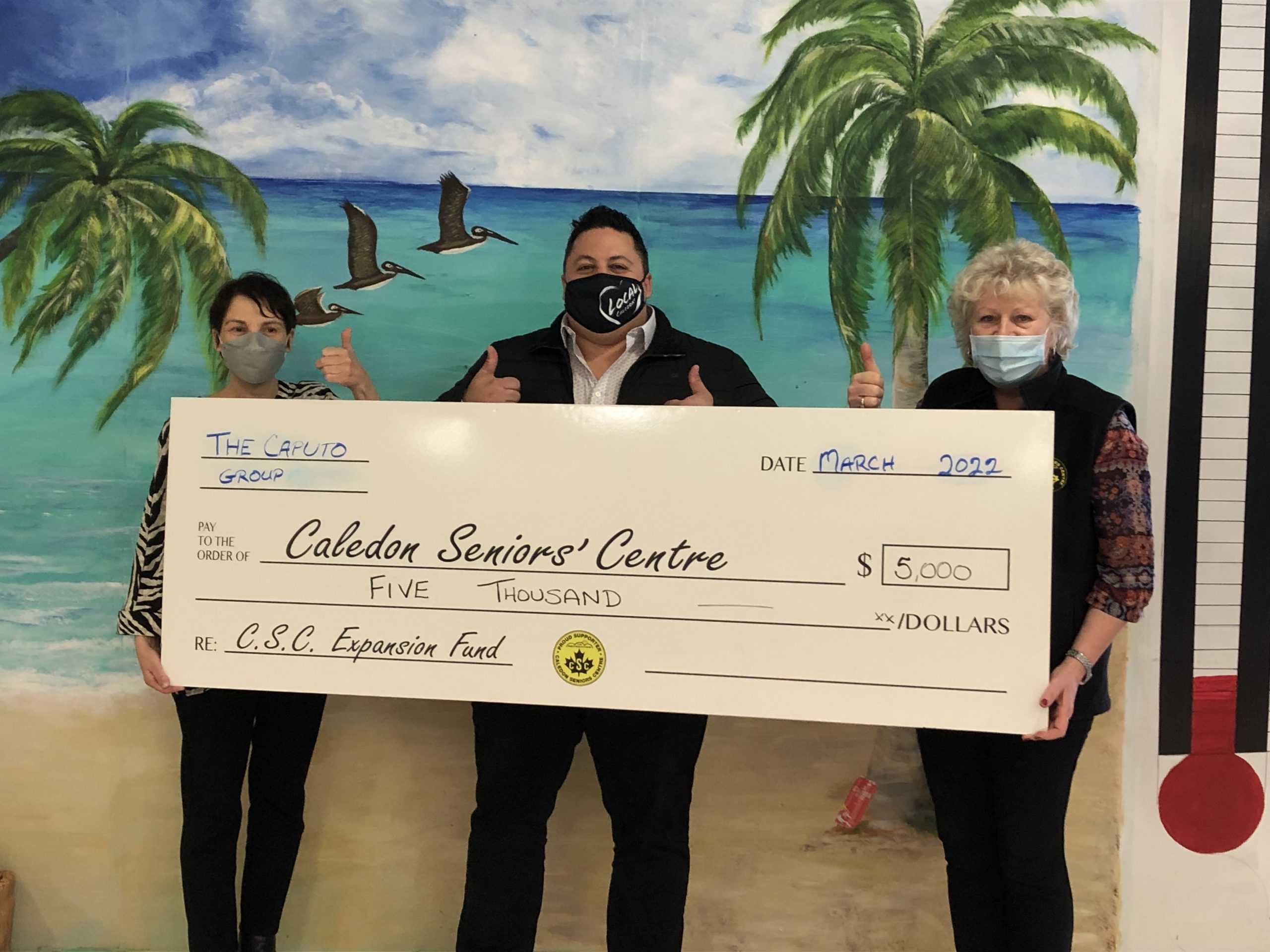 It was an easy decision for Anthony Caputo. The woman on the other end of the line was Anna Altobelli-Murray, Fundraising Coordinator for the Caledon Seniors Centre’s expansion project. The long-time Realtor with Re/Max West Experts, who admits to having a genuine soft spot in his heart for seniors, had recently lost his Grandfather. Anna’s request to support the project was met with an emphatic and resounding “Yes!”

Caputo, a Caledon resident, not only agreed to help but rose to the occasion in a very big way. He has committed to donating $1,000 from every listing he sells to the CSC’s expansion project which will add a much-needed 7800 square feet to the building.

This week Caputo delivered his first cheque to the Centre. It was for $5,000. He is challenging other Realtors to step up and match his generosity.

About the CSC Expansion Project

The Caledon Seniors Centre, located at 7 Rotarian Way in Bolton, has approximately 1,000 members. Its services and programs provide vital health and wellness programs for area seniors. The ability for CSC to do so will become even more crucial as Caledon’s population increases.

Bolton Rotary Club was actively involved in the planning, designing and actual construction of the original facility 26 years ago. Together with Rotary, local businessman Harry Egan and pharmacist Bob Smith were key players as well.

In 2011 the Town of Caledon took over the facility. After many years of work and advocacy the expansion project finally launched last September and completion is anticipated this fall.

Want to help the CSC reach their goal?

The post Caledon Realtor Giving Back to His Community appeared first on Just Sayin' Caledon.