Ontario announces over $1 billion in funding for provincial hospitals 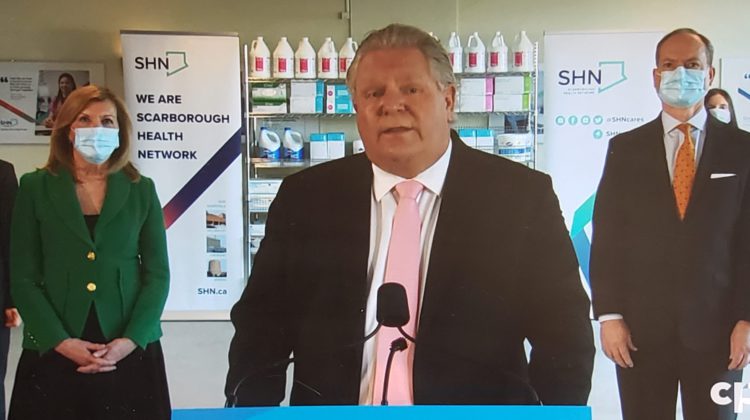 (Image supplied by CPAC).
Ontario hospitals are set to receive over $1 billion from the provincial government.
Premier Doug Ford announced the $1.2 billion in  funding Monday saying it will help hospitals recover lost revenue due to the pandemic.
The announcement comes ahead of the provincial budget being unveiled on Wednesday.
Meanwhile, Ford also confirmed that the government is keeping up to three days worth of vaccines in freezers in order to manage the supply.
He says the reason the vaccines are being stored is because of concerns over supply running out and the province doesn’t want to be forced to cancel and re-book appointments.