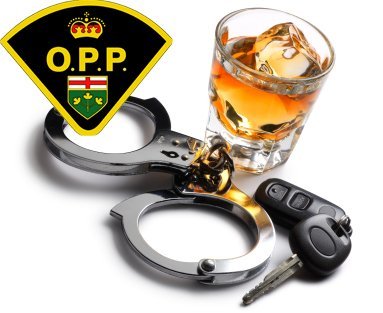 Officers from the Caledon Detachment of the Ontario Provincial Police (OPP) have charged a driver traveling with their young child with impaired operation.

On November 23, 2022, at approximately 5:52 p.m., Caledon OPP received multiple reports about a vehicle being operated in an unsafe manner on Ellwood Driver East in the Town of Caledon. It was described as driving without any headlights, swerving, hitting curbs, and stopping in live lanes. Officers located the vehicle and began their investigation. A four-year-old child was observed sleeping in a car seat. Since it was suspected the driver’s ability to operate a motor vehicle was impaired by alcohol, a breath sample into an Approved Screening Device (ASD) was requested. The driver was subsequently arrested for impaired operation of a motor vehicle and transported to the Caledon OPP Detachment where further breath tests were conducted. The child was picked up by their other parent.

A 44-year-old from Caledon, who’s breath test demonstrated a blood alcohol content of nearly four times the legal limit, was subsequently charged with:

The vehicle was impounded for a period of seven days, and the driver’s licence was suspended for 90 days. The accused is scheduled to appear at the Ontario Court of Justice in Orangeville on a later date to answer to the charges.

Caledon OPP would like to thank the members of the public who reported this incident. Drivers who are impaired by drugs or alcohol continue to pose a significant threat on Ontario roads. When making the decision to drive impaired, not only are you putting your life in danger, but you are risking the safety and life of your passengers and every other road user around you. It’s simple: If you plan on drinking or consuming drugs, plan to not drive. Instead, arrange for a designated driver, take a taxi or public transit, or come up with another plan that takes impaired driving out of the picture.

With the holiday season fast approaching, the need to make those alternate arrangements will increase. In Caledon, Home James offers a FREE designated driver service. The program runs from November 25 to December 31, every Friday and Saturday from 9:00 p.m. to 2:00 a.m. (excluding December 24). More information is available at: https://www.homejames-caledon.ca/