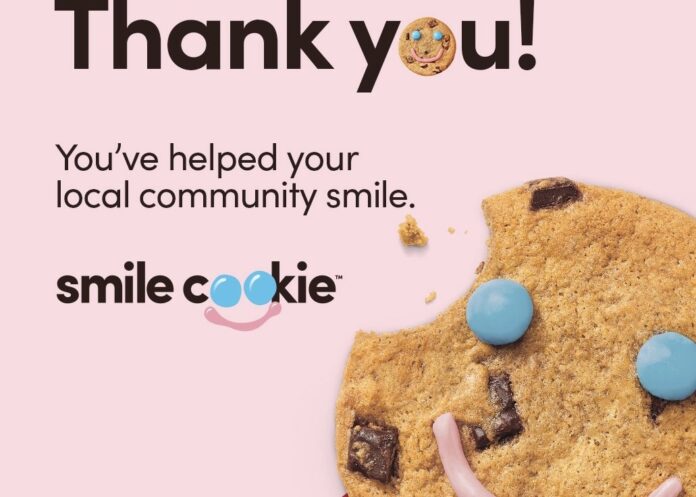 A record-breaking number of Smiles: Tim Hortons® raises more than $15 million throughout national Smile Cookie Campaign, a new record, $37,138 to be donated to Caledon Meals on Wheels!

Tim Hortons restaurant owners and millions of generous Canadians across the country combined broke a new Smile Cookie record by raising more than $15 million for over 600 charities across Canada. 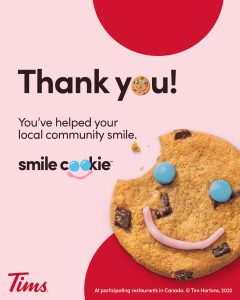 “We are so grateful for the support of our local Tim Hortons restaurant owners, their staff and our community for their efforts year after year”, states Christine Sevigny, the agency’s Executive Director, “they see the value in what we do and the difference that each cookie purchase makes!”