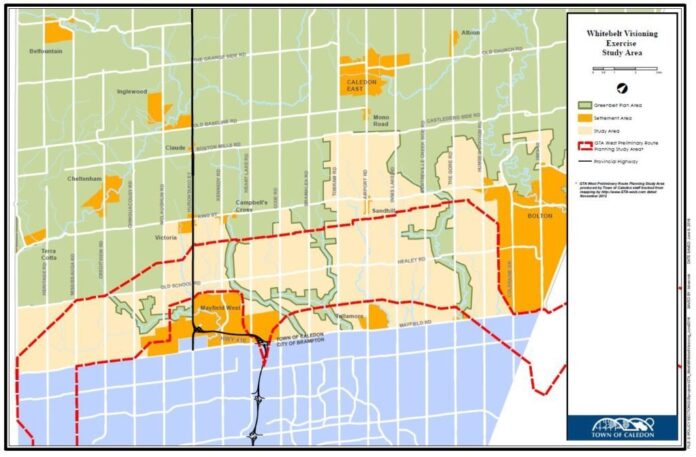 Pictured above: Town of Caledon map from 2017 Whitebelt Visioning Exercise

With the Municipal Election just three weeks away Just Sayin’ Caledon posed eight questions to all Caledon Council candidates. Our Just Askin’ series of questions related to gridlock, small business, community services, quarries, walkable communities, the whitebelt, rural services, and the loss of two seats at the Peel Region Council table. Answers from the candidates who chose to participate are being published over the course of this week on JSC.

Unsure which Ward you are in? Check the Town of Caledon’s new Ward Map to be sure.

The whitebelt is a roughly 26,000 acre swath stretching east to west across southern Caledon. Given the current role that area fills, agriculturally and environmentally, and the province’s population targets (which would see Caledon growing from 81,000 to 300,000 over the next 30 years) what is your full ultimate land use vision for the whitebelt?

Responses from the candidates who chose to participate: