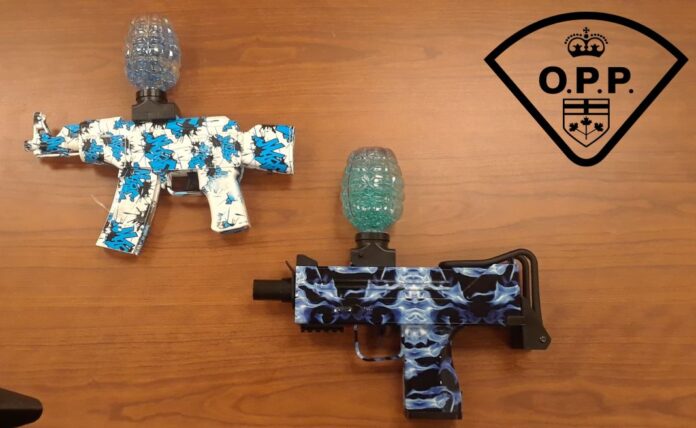 Members of the Caledon Detachment of the Ontario Provincial Police (OPP) have charged three youth with assault with a weapon for discharging their Orbeez toy firearms at an innocent victim.

On June 28, 2022, at approximately 12:24 a.m., Caledon OPP responded to a report of a person shot by a BB gun in the area of Valleywood Boulevard and Snelcrest Drive, in the Town of Caledon. During the investigation, it was discovered that three youth in a vehicle drove by the victim and discharged their Orbeez toy firearm at them. Fortunately, there were no injuries sustained as a result. They were located and arrested. Two toy firearms were seized.

The names of the three youth from Caledon and Brampton are being withheld under the provision of the Youth Criminal Justice Act (YCJA). They all face the following charge:

All accused are scheduled to appear at the Ontario Court of Justice in Orangeville on a later date to answer to the charges.

There is an alarming TikTok challenge called the “Orbeez Challenge”. It encourages users to buy Orbeez soft gel or water balls, load them in airsoft guns, and fire them at innocent victims.

Before you partake is this challenge, consider the following fact:

The Criminal Code of Canada defines a weapon as: “any thing used, designed to be used for intended for use (a) in causing death or injury to any person, or (b) for the purpose of threatening or intimidating any person”. The challenge is a criminal offence. If you are caught, you will face criminal charges against you.