Mayor and Council Announce 2022 Senior of the Year 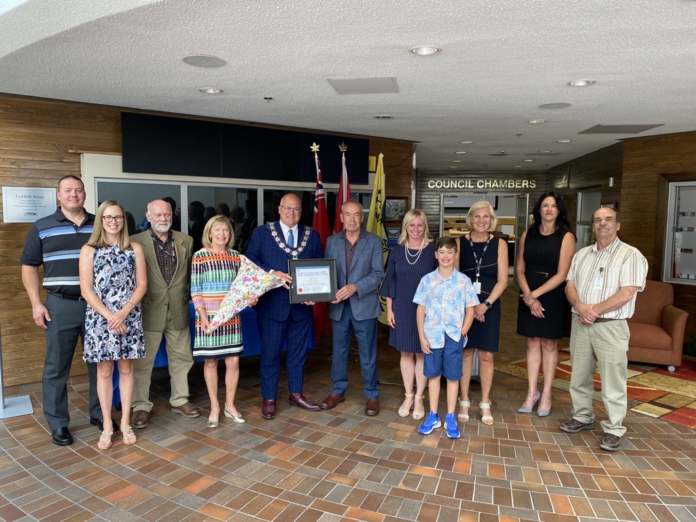 Pictured above: Mayor Thompson and Members of Council Award Robert Fines as Senior of the Year 2022

Mayor and Council officially acknowledged Robert Fines as Senior of the Year at Council on Tuesday June 28, 2022.

“I congratulate Bob on this accomplishment and thank him for being a leader and active community member in Caledon,” said Mayor Allan Thompson. “His long-term service has benefitted our community in many ways and is an inspiration for others to volunteer and give back to their community.”

Mr. Fines was nominated by Christine Sevigny, Executive Director Caledon Meals on Wheels. “Bob Fines has been a friend of Caledon Meals on Wheels and many local community charities for many years,” said Sevigny. “He has always been an engaged citizen and business owner who has supported our programs and services. He takes a keen interest in the well-being of the lives of the residents and organizations in Caledon and has always been one to lend a hand and a voice to furthering our causes.”

Mr. Fines has supported many local charities and not-for-profit organizations over the years including:

The post Mayor and Council Announce 2022 Senior of the Year appeared first on Just Sayin' Caledon.