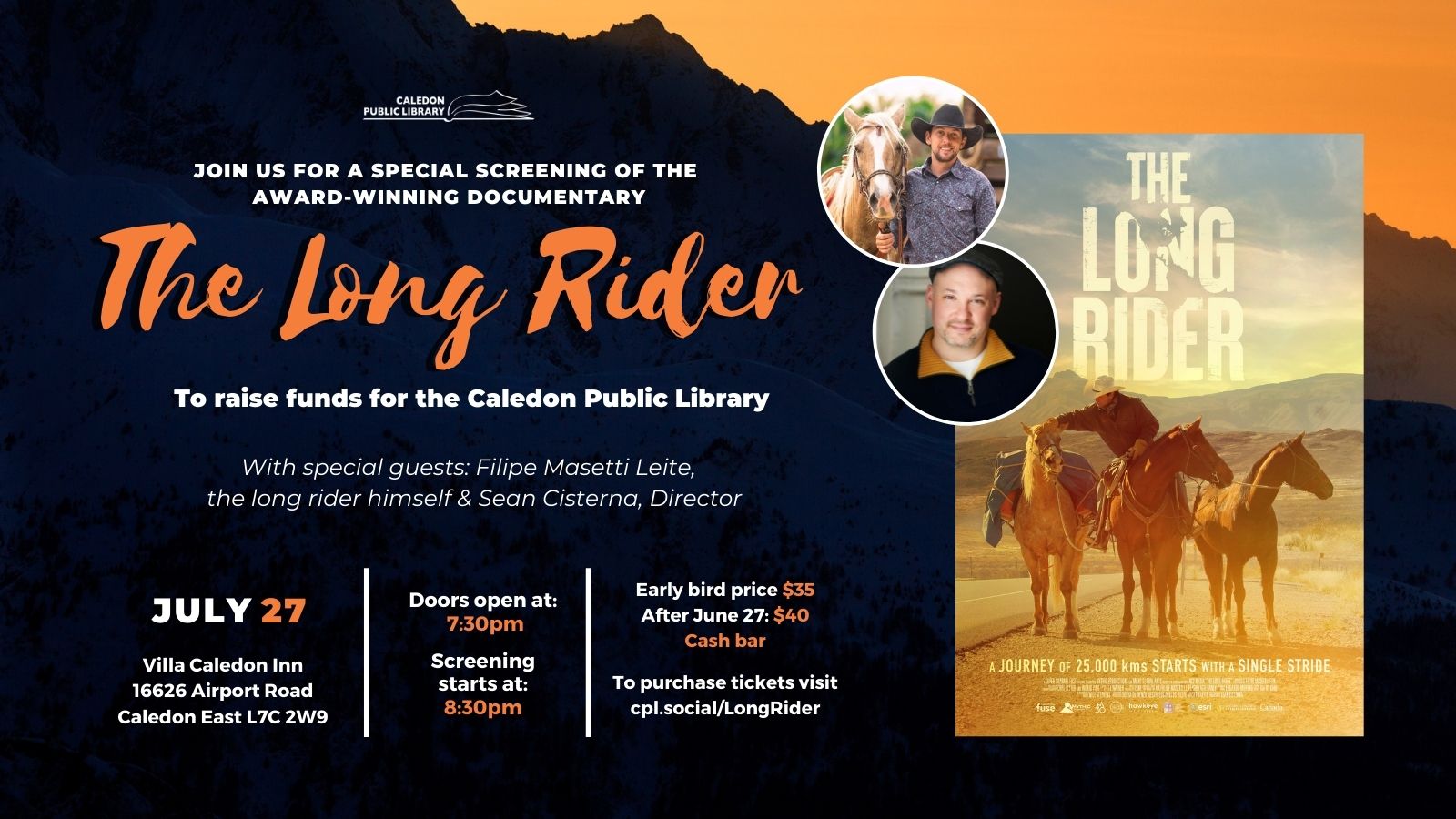 Join Caledon Public Library for a special fundraiser! We will be screening the award-winning documentary, The Long Rider, on Wednesday, July 27 at the Villa Caledon Inn.

The Long Rider is an inspirational and exciting new documentary about Caledon’s own Filipe Leite who rode a horse from the Calgary Stampede to Brazil, from Brazil to Patagonia, and then from Alaska back to Calgary – becoming one of the very few long riders in the world.  Robert F. Hall alums, Filipe Leite (the long rider himself) and Sean Cisterna (the award-winning director) will be there to discuss the film and answer all of your questions!

Early bird tickets are available for $35 until June 27 – get yours now at www.cpl.social/LongRider!