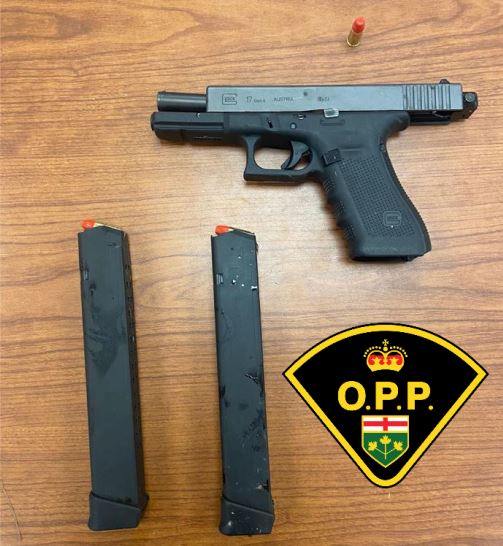 On April 14, 2022 at approximately 2:31 p.m. Caledon OPP received a call from a concerned motorist reporting a vehicle possibly being driven by someone under the influence on Highway 10 near Olde Base Line Road. The vehicle was located by police.  Since the officer suspected the driver’s abilities to be impaired, a breath sample into an Approved Screening Device (ASD) was demanded. As a result, the driver was placed under arrest for impaired operation and transported to the Caledon OPP Detachment where further breath tests were conducted.

As a result of the investigation, Joao FERREIRA, 54, of Toronto, was charged with:

Failure or refusal to comply with demand and other charge

On April 16, 2022 at approximately 8:45 p.m., officers were conducting a RIDE (Reduce Impaired Driving Everywhere) spot check in the area of Forks of the Credit Road and Mississauga Road. A vehicle entered the area and was met by an officer. Since there was a suspicion that the driver’s abilities were impaired, a demand was made to provide a breath sample into an Approved Screening Device. As a result of investigation, the driver was arrested.

Francisco MYRE, 26, of Val Caron, was changed with:

• Operate a motor vehicle without insurance

• Use plates not authorized for vehicle

The two involved vehicles were impounded for seven days and the driver’s licences were suspended for a period of 90 days. Both accused are scheduled to appear at the Ontario Court of Justice in Orangeville on June 30, 2022, to answer to the charges.

On April 18, 2022 at approximately 9:36 p.m., officers were conducting another RIDE spot check in the area of Albion Vaughan Road and Highway 50. A vehicle approached the area but failed to stop when directed to do so by police. The vehicle was later located without any occupants. While conducting a search of the area, three suspects, believed to be the occupants, were found. Two were arrested after a foot pursuit. The third person remains outstanding. A member of OPP’s Canine Unit attended the scene and assisted with the search. Although the third suspect was not located, a firearm was found.

As a result of the investigation, Asser ASSER, 22, of Caledon, and Abdullahi WARSAME, 19 of Scarborough, were charged with multiple firearms-related Criminal Code offences. ASSER faces two additional charges of flight from peace officer and dangerous operation. Both accused were held for a Bail Hearing. A photograph of the seized firearm is attached.

The Caledon Community Street Crime Unit assisted with the investigation and drafted a search warrant for the vehicle. With the assistance of the Canine Unit, an additional magazine with ammunition as well as suspected cocaine, crack cocaine, and identification were seized.

You can also provide information anonymously by contacting Peel Crime Stoppers at 1-800-222-TIPS (8477) or online at www.peelcrimestoppers.ca. When you contact Crime Stoppers, you stay anonymous, you never have to testify, and you could receive a cash reward of up to $2000 upon an arrest.