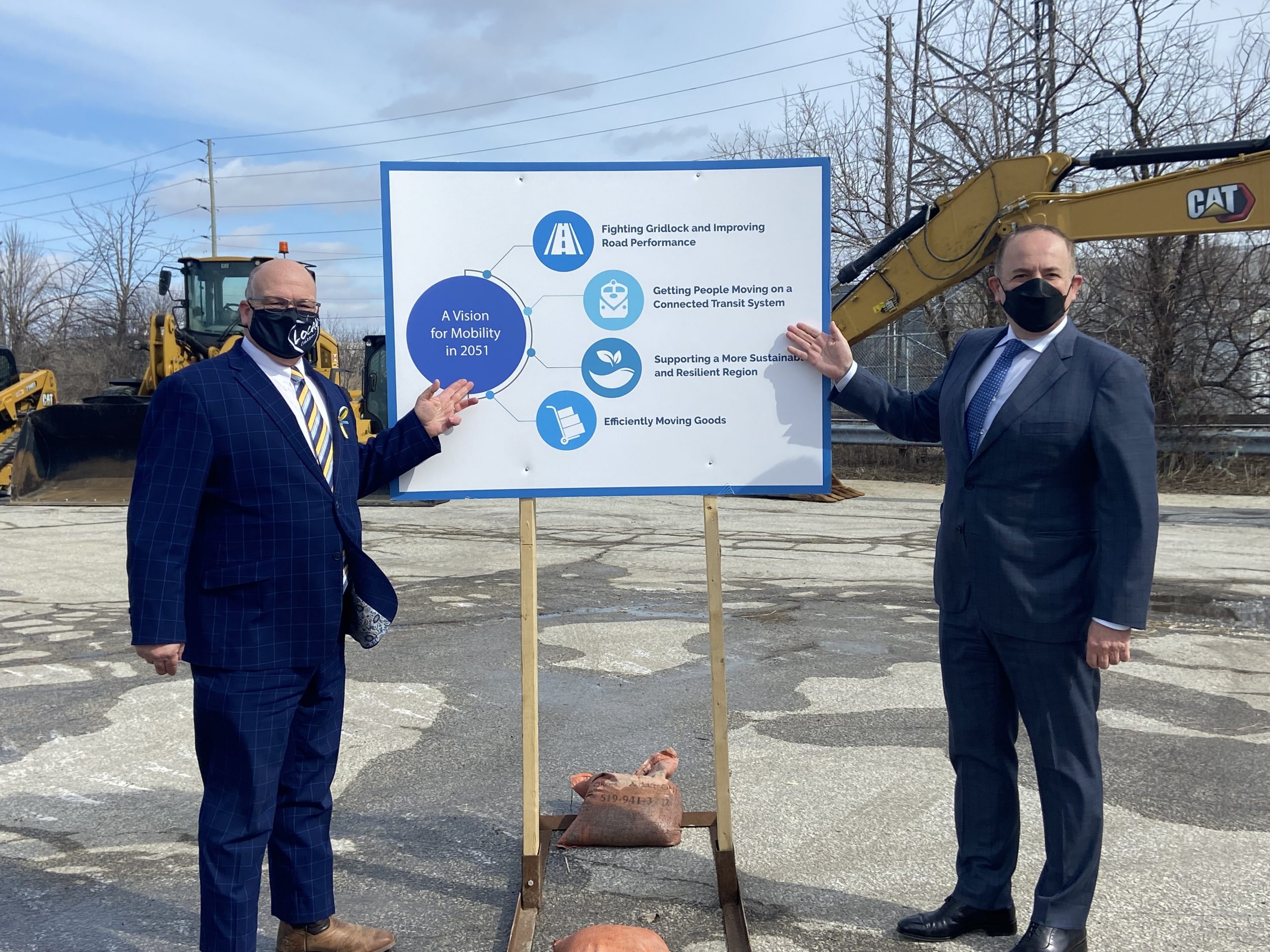 The Province of Ontario has publicly committed to multiple new transportation options for Caledon, including the much sought-after Caledon-Vaughan GO rail line, as part of today’s long-awaited Greater Golden Horseshoe Transportation Plan (GGHTP) release. This builds on the Ministry of Transportation’s move in January to direct Metrolinx to advance the business case for the new GO rail service.

The Town of Caledon Council, alongside its counterparts in the Cities of Vaughan and Brampton, have been actively pursuing this vital regional link for years as they prepare for significant expected growth over the next three decades.

“As a municipality projected to grow to 300,000 people and 125,000 jobs by 2051, advancing GO train service to Caledon now is smart, forward-looking planning. It’s a critical step in our pursuit of multiple transportation options for Caledon,” said Town of Caledon Mayor Allan Thompson. “GO train service will help preserve Caledon’s quality of life, protect our environment and greenspaces, and reduce traffic congestion. We thank Premier Doug Ford and Minister of Transportation Caroline Mulroney for taking this important next step. We also recognize the efforts of our MPP, Sylvia Jones, who has been a strong advocate for this exciting project.”

“Caledon is a community in need of public transportation options that address the needs of the traveling public, and our government recognizes the need to plan for the future,” said Sylvia Jones, MPP for Dufferin-Caledon. “Bringing GO rail service to Caledon is one way we are doing that in an environmentally responsible way. Rail service, in addition to new connections for passenger vehicles, allow us to provide residents with a variety of convenient transportation options that support their needs and preserve our community’s quality of life.”

“I am pleased to welcome today’s announcement that the Province of Ontario has committed to advancing the Caledon-Vaughan GO rail line as part of the Greater Golden Horseshoe Transportation Plan. The Caledon-Vaughan GO rail line is a strategic location to expand the regional transportation network because of its location within the Vaughan Enterprise Zone. Encompassing more than 3,800 acres, or approximately 1,566 hectares of employment land, the Vaughan Enterprise Zone is one of the largest employment areas in the GTA, projected to accommodate 60,000 jobs over the next 20 years. We look forward to continuing our strong partnership with the Province of Ontario and Metrolinx to maximize the economic and social benefits of the Caledon-Vaughan GO line,” said Mayor Maurizio Bevilacqua of the City of Vaughan.

Once built, the Caledon-Vaughan GO line would be the first new GO rail line constructed since 1982.