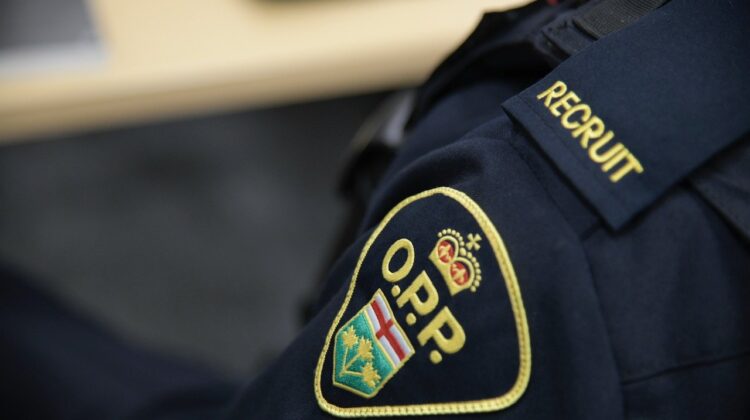 “We are thrilled to announce the addition of 6 new officers from Class 494 to our ranks. They bring a variety of backgrounds, skills, and experiences and are committed to OPP’s mission to serve our province by protecting its citizens, upholding the law and preserving public safety.  Each officer is assigned to a coach and they will be working together for the next 12 months. The new recruits are excited to begin their careers in the Town of Caledon. We encourage you to say hello as you see them in the community”. Inspector Mike Garant, Commander | Caledon Detachment

“The addition of 6 new Officers to the Caledon detachment of the OPP is great news for our growing community”, said Mayor Allan Thompson. “On behalf of council, staff and the entire community I welcome these officers to our Town and thank them for their commitment to serving our citizens”.

PC Albuquerque-Hall studied law and sociology at Carleton University. He grew up in this area but moved to the Ottawa region for his studies. He volunteered for an organization called Shelter Movers of Ottawa where he worked with victims of domestic violence. His background is British/Indian. He enjoys playing rugby and lacrosse. Prior to policing, he worked at a homeless shelter where he provided housing support to clients. A career in policing has been a childhood dream of his.

PC Ali grew up and lives in Brampton. Prior to policing, he was a behavioral clinician where he developed skill acquisition programs and implemented programming for adults and adolescents exhibiting severe aggression. He studied Law and Society from York University. He speaks Urdu, Hindi, and some Punjabi. He actively completes in jiu-jitsu and enjoys MMA. A career in policing has been a childhood dream for PC Ali.

PC Bonello grew up in the GTA. Prior to policing, he was a truck driver for 13 years.  He volunteered with Dufferin County Community Support Services for 3 years and has been assisting his elderly neighbours with various tasks such as yard maintenance and snow removal. He also volunteered his time with a local Orangeville food company assisting with making deliveries. He enjoys everything outdoors and playing drums. He is the first police officer in his family.

PC Brar grew up in Brampton and speaks Punjabi, Hindi, and Urdu. He’s part of the Sikh community. He studied Psychology at York University and Occupational Therapy/Physio Assistance at Humber College. He previously volunteered for Big Brothers Big Sisters and at a food bank where he also worked with at-risk youth. He’s a sports enthusiast.

If you can’t find PC Rae, you’ll find him at the gym. His passions are in health and wellness. Prior to joining the OPP, he was in the fitness industry. He held a variety of positions including managing two supplement store locations and sales. He holds a Bachelor in Communications from Wilfrid Laurier University.

PC Wright is originally from Collingwood. He speaks some French and is an avid sports fan. He spent time in the US for his post-secondary education and became a baseball umpire where he umpired professionally. He’s the referee in chief for a local hockey league.

The OPP is an equal opportunity employer dedicated to ensuring open, accessible, equitable and respectful workplaces, and is committed to reflecting the diverse communities it serves. We encourage applications from members of our diverse communities, including Indigenous Peoples, persons with disabilities, women, persons from racialized groups, 2SLGBTQ+ persons, those who are able to speak fluently in another language, and anyone committed to a rewarding career in public service.

The OPP actively recruits and interviews potential candidates throughout the year. Upon successful completion of the Recruitment Process, each Provincial Constable recruit must successfully complete the required training programs at both the Provincial Police Academy and the Ontario Police College. For more information on the OPP hiring process, visit www.opp.ca/careers.