Independent MPP must apologize to Ontario Legislature for “conduct unbecoming” 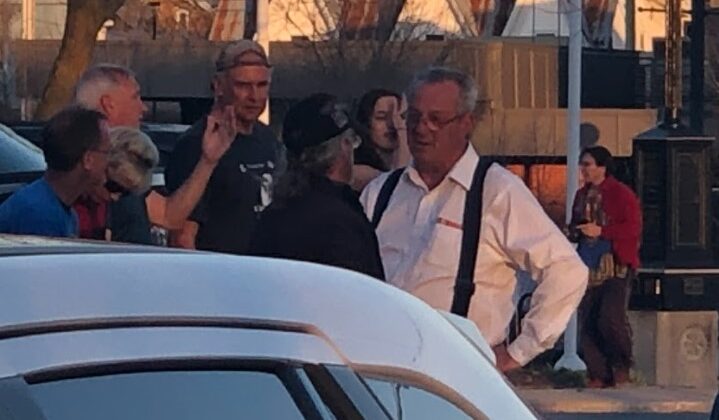 Randy Hillier is seen here in April 2021 at a No More Lockdowns Canada protest in Kemptville, Ontario (Photo by Vista Radio staff)

A well-known, outspoken Ontario MPP must apologize to the Ontario Legislature.

Lanark-Frontenac-Kingston MP Randy Hillier will not be recognized as a government member by the Speaker of the House until the letter of apology to the legislature and the federal transport minister has been received.

The motion was put forward by the Conservatives and received unanimous support from all parties at Queen’s Park.

Government House Leader Paul Calandra says Hillier must also “desist from further conduct that is inappropriate and unbecoming of a member of the Legislative Assembly of Ontario.”

Hillier has long been outspoken on social media and has deleted a tweet that seemingly encouraged people to continue to call and jam 9-1-1 services during last week’s Freedom Convoy protest after Ottawa Police asked people to keep the lines clear for emergencies.