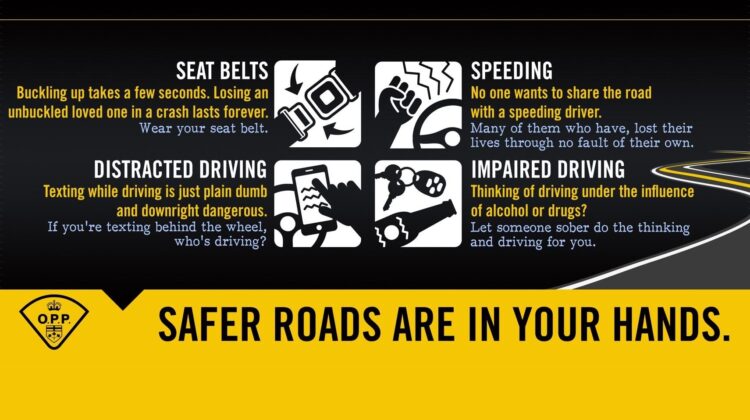 On February 10, 2022, at approximately 11:46 p.m., the Caledon OPP was alerted of a vehicle in the ditch after driving through a guard rail in the area of Winston Churchill Boulevard and King Street in the Town of Caledon. Minor injuries were sustained and both the driver and the occupant were transported to a local hospital. Officers formed grounds to arrest the driver for impaired driving and breath tests were conducted at the hospital.

As a result of the police investigation, Sherene PHILIP, 35, of Brampton, was charged with:

The vehicle was impounded for seven days and the driver’s licence was suspended for a period of 90 days.

The accused is scheduled to appear at the Ontario Court of Justice in Orangeville on April 28, 2022, to answer to the charges.

Caledon OPP would like to remind motorists that drivers that are 21 and under as well as drivers of any age (with G1, G2, M1, or M2 licences) must not have any presence of alcohol or drugs when behind the wheel. This is commonly referred to as the “zero BAC” or “zero tolerance” rule. This zero tolerance rule also applies to commercial vehicle drivers.