Party Under Arrest For Possession of Stolen Property, Drugs 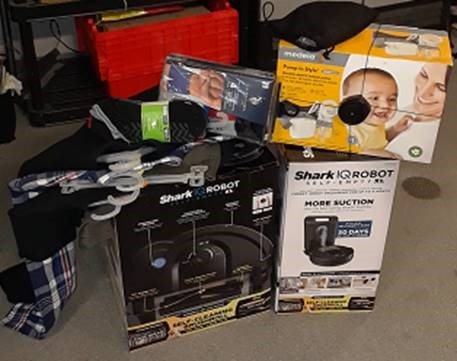 Officers from the Caledon Detachment of the Ontario Provincial Police (OPP) have charged an individual with property and drug-related offences following an investigation in the Town of Caledon.

On Sunday, September 26, 2021, at approximately 4:55 p.m., an officer was on general patrol in the area of Innis Lake Road and Patterson Side Road, when the officer located a vehicle parked on the side of the road. Further police investigation revealed that the plates affixed the vehicle were on file as stolen.

When the officer approached the vehicle, the driver attempted to flee, however, he was unsuccessful and was arrested after a short foot pursuit. As a result of the investigation, a quantity of illicit drugs and stolen property was discovered in the vehicle. The driver, Jobanjit SINGH, 24, of Brampton, stands charged with:

– Possession of property obtained by crime under $5000

– Possession of schedule I substance – meth

– Operate a motor vehicle without insurance

– Driving while under suspension

The driver is scheduled to appear at the Ontario Court of Justice in Orangeville on December 6, 2021 to answer to the charges.