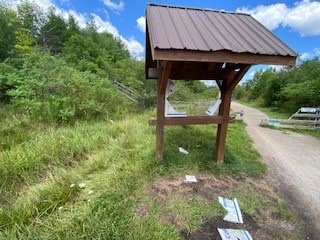 In the last five weeks, officers from the Caledon Detachment of the Ontario Provincial Police have responded to three separate incidents of mischief to the Town of Caledon trailway kiosks. 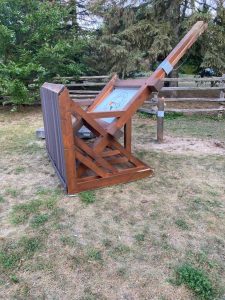 • The second kiosk sign is located at the trailhead near 14021 Winston Churchill Blvd.

This persistent issue comes at a great cost to the Town of Caledon and its residents. Caledon OPP would like to reach out to the local residents and ask to report suspicious activity by calling 1-888-310-1122.