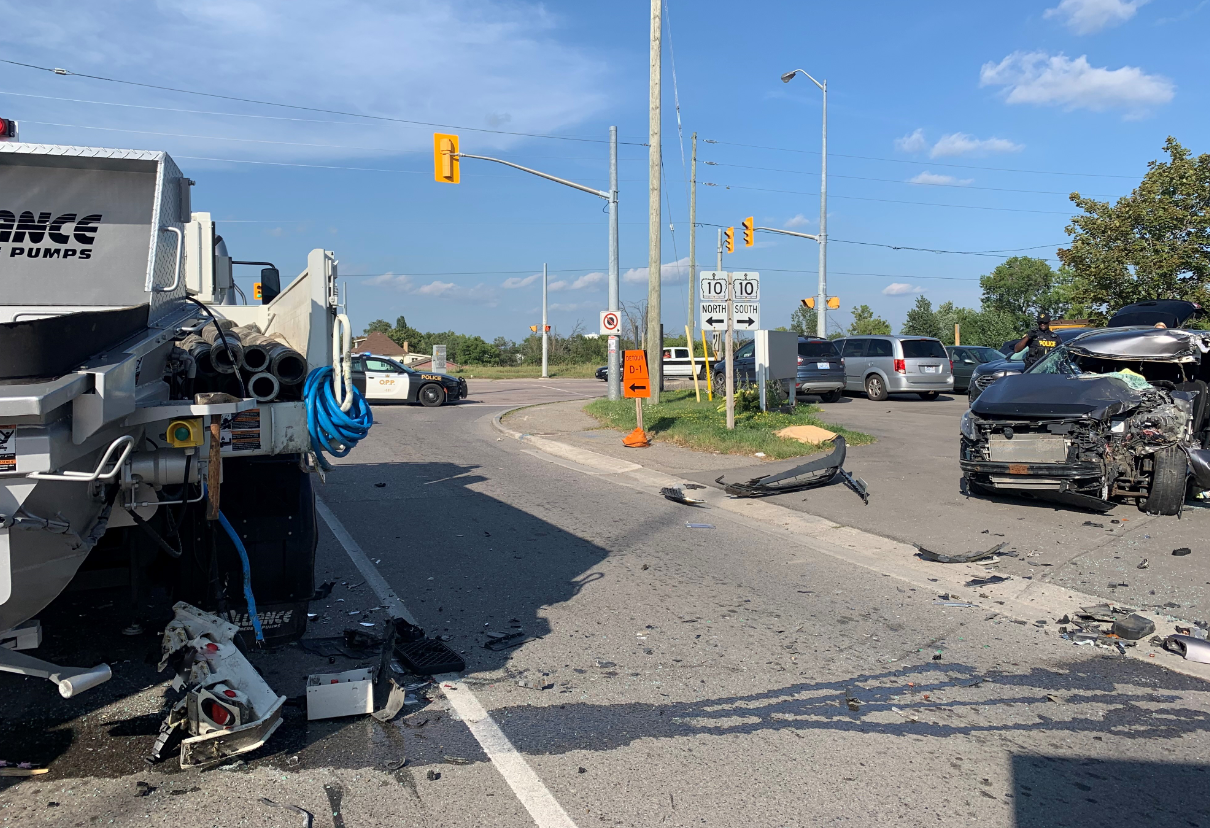 On Thursday, August 12, 2021, at approximately 4:54 p.m., officers from the Ontario Provincial Police (OPP) Caledon Detachment responded to a serious collision near the intersection of King Street and Highway 10 in the Town of Caledon.

Initial investigation revealed that the SUV was travelling eastbound on King Street. As the SUV approached Highway 10, it collided with the rear of a truck that was stopped at a red light at the intersection of King Street and Highway 10.

The driver of the SUV, an 18-year-old male from Caledon, was airlifted to a trauma centre with life-threatening injuries.

The driver of the truck did not report any injuries at the time of the collision.

at 1-800-222-TIPS (8477) or online at www.peelcrimestoppers.ca. When you contact Crime Stoppers you stay anonymous, you never have to testify, and you could receive a cash reward of up to $2,000 upon an arrest.

King Street was closed between Sloan Drive and Highway 10 while the OPP Central Region Traffic Incident Management Efficiency (TIME) Team assisted with the investigation. King Street has since re-opened.