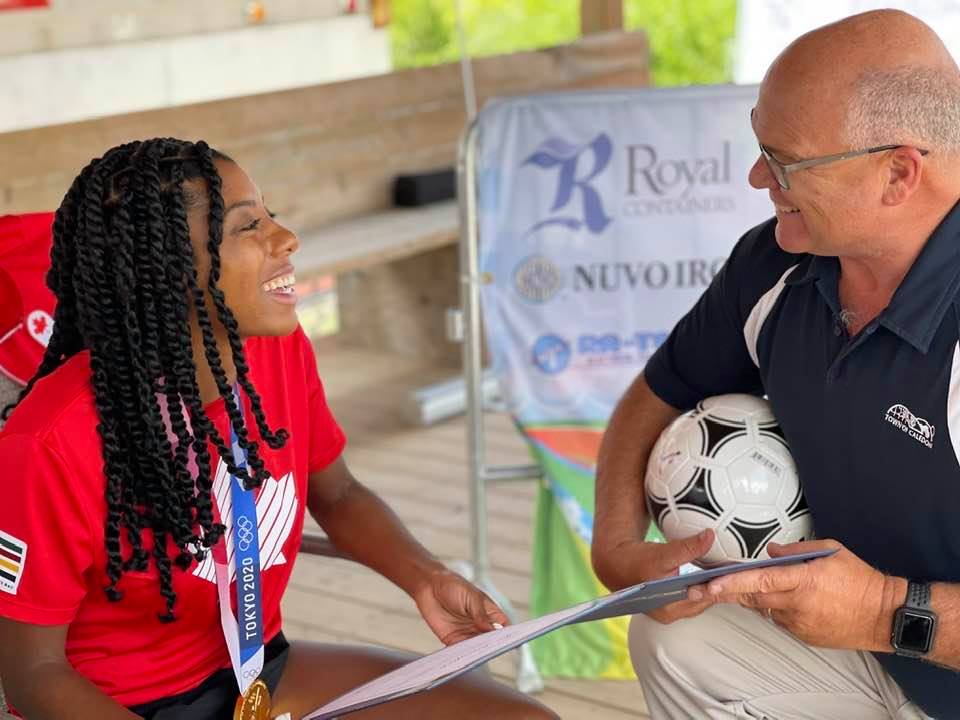 It was a a busy 7 days on the C3 James Dick Beach in Caledon Village.   On Friday Aug 6th,  former Olympic coach Barrie Shepley and C3 hosted 3 Olympic mothers to watch their daughters play soccer for Olympic Gold. 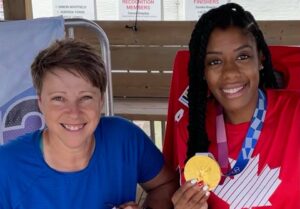 Ashley showing off her medal with Jillian Bishop

CBC had live updates from the Caledon beach where family members and former players and coaches watched in nervous anticipation as the women won the historic gold medal for soccer.  Then seven days later,  Caledon’s Ashley Lawrence brought her gold medal back to the same beach to celebrate with many Caledon and Brampton fans.

Throughout the day, a never ending string of fans, former coaches and friends stopped into get a picture with the gold medalist.   Lawrence only had a few days home between the gold medal and heading off for more soccer with her French professional soccer team. 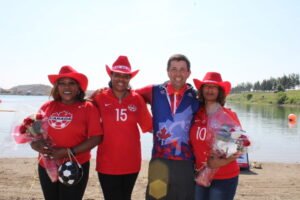 “Ashley was a true rockstar sharing her gold medal and being a world class ambassador for soccer and for female sports” said Caledon’s Barrie Shepley.  “Our C3 club were honoured that the Lawrence, Prince and Buchanan families were at our beach watching on our big screen TV the iconic gold medal win” said Shepley.

Shepley said that just like Sidney Crosby’s winning goal at the 2010 Winter Olympics will be cemented in the minds of Canadians, the gold medal win for Ashley Lawrence and her team mates will continue to be a moment for Canadians to remember for decades to come.

More viewers watched the Olympic Gold Medal win for Canada’s women, then any other moment of the Tokyo 2020 Olympic Games.