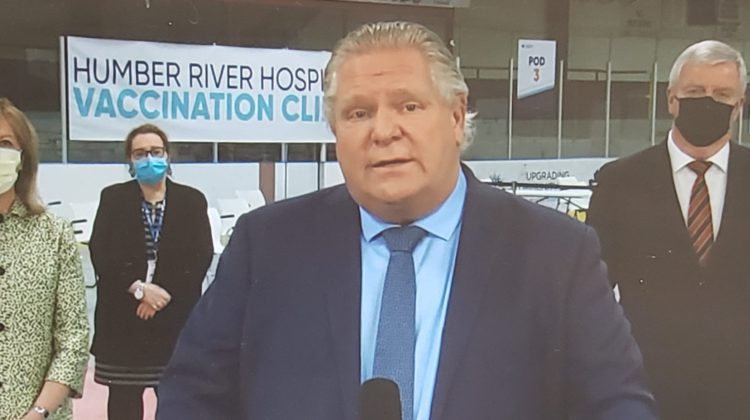 There were close to 1,100 people in Ontario hospitals as of Monday night which is the highest number since early February.

He says everything is on the table and he won’t hesitate to lock things down again.

He says a decision will be made later this week.