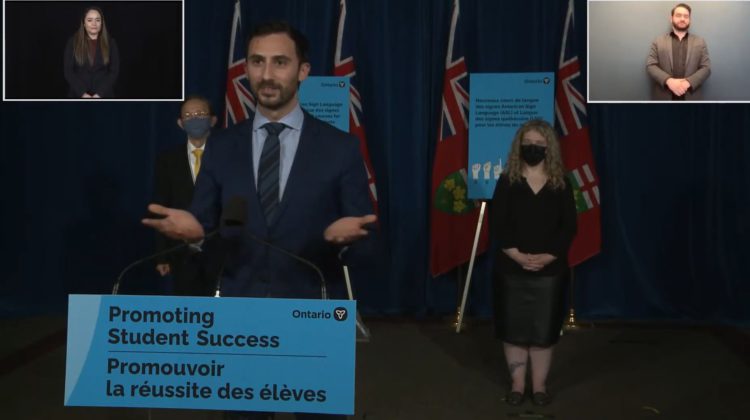 Ontario will be one of the first provinces in Canada to offer bilingual sign-language as a second-language to its secondary students.

He said the move will provide students with the opportunity to develop new language and conversation skills, gain cultural understandings, and learn about ASL or LSQ literary works and texts.

To support teachers in delivering the new courses, Lecce said the Ministry worked with the Ontario College of Teachers to add new ASL and LSQ curriculums and resources in June 2020.